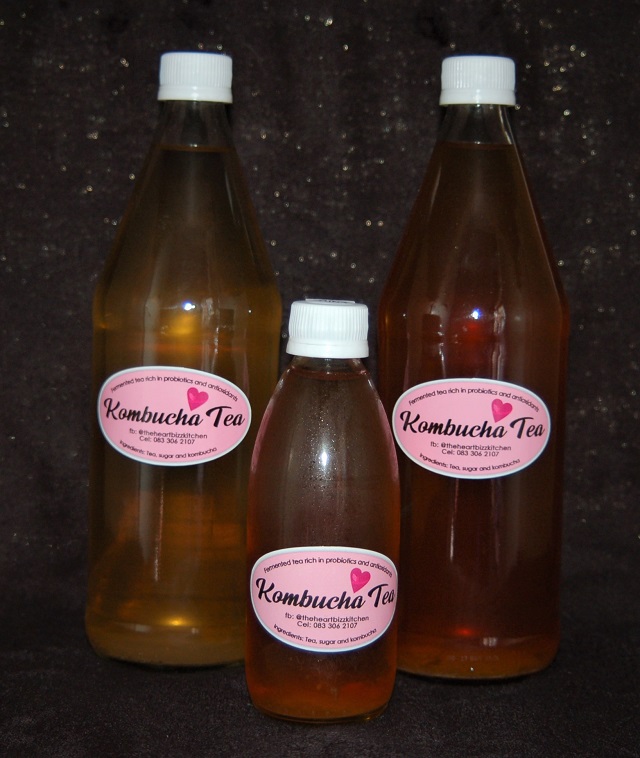 Kombucha is a powerful probiotic drink, made by fermenting sweet tea with a Symbiotic Colony of Bacteria & Yeast, often called a “Scoby”.  After fermentation, natural fruits, syrups and herbs are added to flavour the tea if necessary but it can be consumed just on it’s own and is just as delicious.

The first known origins of kombucha comes from China around 221 BC, where it was known as the “Tea of Immortality.”

Some suggest that it goes back even further to Ancient Egypt, though there is not enough evidence for this.  Kombucha made it’s way from Asia to Russia and was widely acclaimed there as a health drink.  Genghis Khan and his army are believed to have consumed kombucha, as they felt it gave them extra energy for battle.

From Russia, it made it’s way to Europe where it was also highly acclaimed, until rationing of tea and sugar during WW1, which made it too costly to obtain.  It made it’s comeback in the 1960’s, with it being linked to healing various conditions.

The origins of the name are a bit mystical.  The word kombucha is Japanese and means “kelp tea,” but kelp tea is not the same as kombucha.  It is possible that a Korean named “Dr Kombu” brought the drink to the Japanese Emperor Inyko around 415AD, and they named the drink “Kombu-Cha” meaning Kombu Tea.

Kombucha has many names, but is has been well loved all around the world for centuries.

The benefits of Kombucha

Kombucha is believed to support a healthy digestive system and foster a positive microbiome in the digestive tract.  Many kombucha drinkers find that the positive benefits extend beyond digestive health into other body systems.  Here are some of the possible benefits of Kombucha……..

A delicious fizzy drink which can replace high sugar fizzy soda’s but is so healthy.

Some feedback I have had…..

NOTE:  Remember to keep your kombucha refrigerated.  Kombucha left sealed at room temperature for an extended period of time can create too much CO2 and explode.  Refrigeration will stop fermentation.

Determination of Strengths, weaknesses and potential.......
Brainstorming......
Planning and Goal Setting.......
Support and Mentoring along the way